skip to main | skip to sidebar

fuzzy realism - towards a new esthetics

Fuzzy realism can be described as a reaction to photorealism, but it is more than the fuzziness of contours and shapes, it's an esthetics of open forms in the realm of visual arts. The idea of open form is not new and maybe the best example of defining open form has been presented in Umberto Eco's work Opera Aperta published in 1962. With reference to literary text and linguistics, Eco defines the open form internally dynamic and the fields of meaning open.
In fine arts fuzzy realism creates open form by strings of color, strokes of pencil, crayon, pastel in fascicles instead of unequivocal lines. Lines string along generating fuzzy patches of color out of which you are invited to imagine, recreate an image, the subject of a painting, drawing.
Form as meaning is open, left to the guessing and from this derives the esthetic pleasure of the viewer.Contours are diffuse, shapes and volumes suggested rather than imposed on the viewer, yet there is a place for order into chaos and fuzzy realism is not confusion since there is light and shadow.
Take a look at this watercolor called "still life with plums, pears and sycamore leaves". 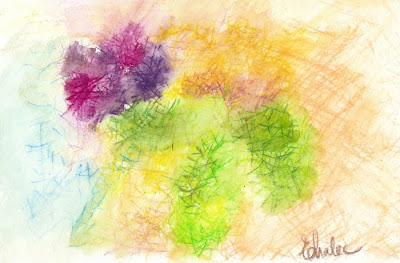 You can see on my chart the highlights, shadows and contours of the fruit and leaf. 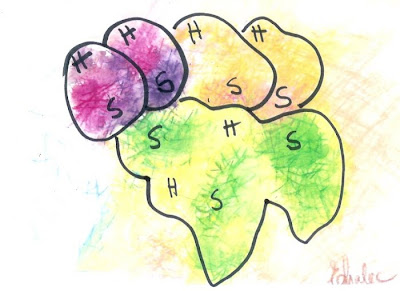 This painting is a good expression of the new style as long as stylization of form is all about in fuzzy realism.

Another illustrative piece is "bird in hand" with both dry and wet version to testify for the new style. 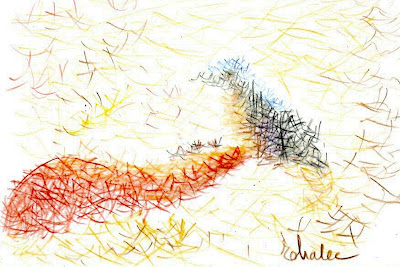 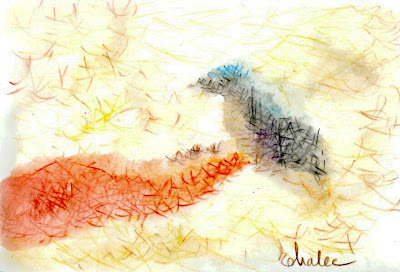 There are a few seeds in the open hand holding the bird and you can even guess the eye of the bird especially in the dry version.

On a philosophical level, fuzzy realist art is a response to an elusive reality, that escapes clear definition, has open answers and leaves room to imagination, dreaming, recreating meaning according to one's own abilities and needs for esthetic harmony. The title of a work as well as scatterd realistic elements in an artpiece can provide clues to the respective work but the viewer can see more or less according to external or internal factors(mood, education, artistic disposition, time, place).
As in this piece, the geranium pot is in the eyes on the beholder. 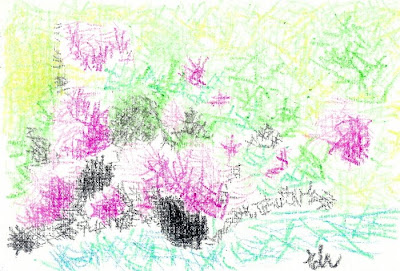 my joy of colors

Promote Your Page Too